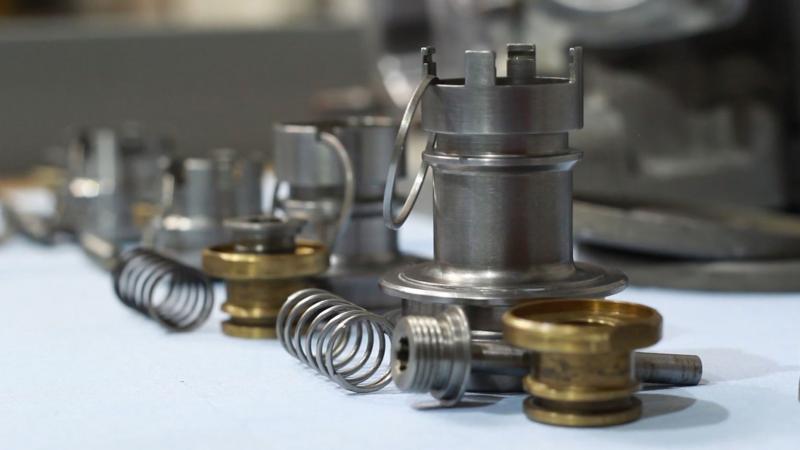 A piece of metal the size of a pencil eraser is all it takes to bring a train to a screeching halt.

The air braking system on a train is made up of thousands of parts belonging to dozens of valves that control the flow of air from the reservoirs of compressed air on every rail car and locomotive. Each component is critical to the train’s ability to stop.

Given the start-stop nature of the commuter service, the valves on a train are put through a hard workout each and every day. To maintain the safe service our customers rely upon, the air brake systems on Metra trains undergo rigorous daily testing as well as periodic repair and replacement. If the valves don’t pass multiple daily tests, the train won’t operate.

Because these air valves are such a critical component, Metra maintains two facilities dedicated to their maintenance and repair. 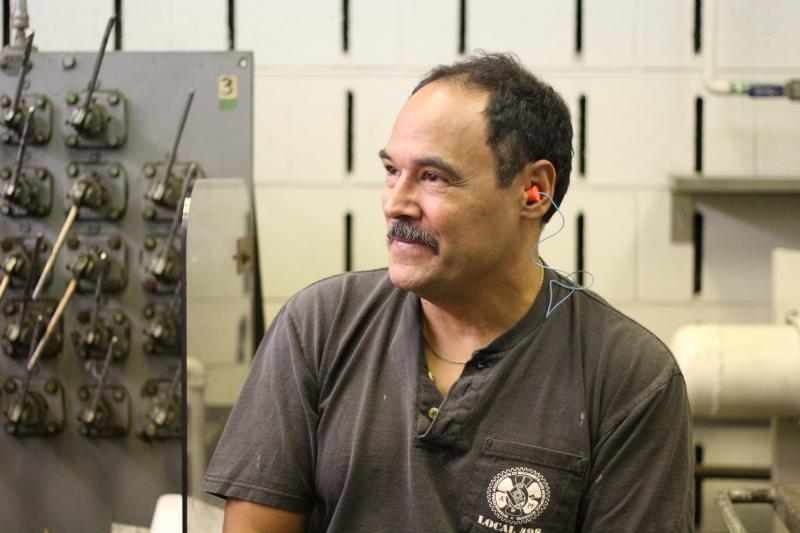 At KYD, Tom Nix and machinists like him receive several metal boxes each week filled with valves. A locomotive contains about 70 valves and a car 100. The valves that enable the train’s air brake system are a major focus of Nix’s work.

“There are about 25 valves on a locomotive involved in the braking system,” Nix said. “Each and every one has its own task to perform and everything works together.”

Once a box arrives, it’s Nix’s job to break the valves down. He uses tweezers and picks to strip off small rubber rings, separate springs and remove quarter-inch socket screws before putting the larger, salvageable pieces and the valve body into a dishwasher-like machine for train parts. Another machinist takes on a similar process with the tread brake unit, an essential piece of the braking system on Highliners that is similar to the brake pads on a car.

At 49th Street, carmen are responsible for taking in the boxes of parts, disassembling the valves and putting them back together. Carman Rick Regep, taking apart the service portion of a 26C brake valve – the valve that controls brake pipe pressure to active control valves that apply or release the brakes – notes the wear and tear on each piece. 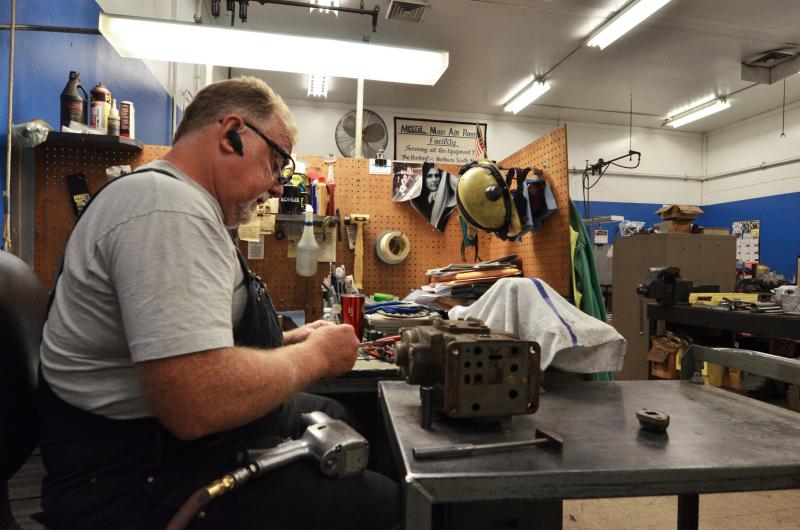 “You try to inspect as you take parts out and go along so you can troubleshoot,” Regep said.

Regep looks for dings and nicks, or signs of water damage – one of the more common causes for trouble on an air brake system. Coach car and cab car valves are inspected every four years as part of a larger inspection, but a sudden problem could send them back to the shop early. Carmen and machinists apply their initials and a date to the valves to help the keep track of when a valve was last rebuilt.

“We take pride in what we do and we want to know when it was done so if it comes back before the four years has passed, we’ll have an idea of what went wrong,” Regep said.

Valves might have other markings, too. Some machinists, like Pat Crose at KYD, leave multicolored dots to make it easier to put the valves back together.

Once the valves are cleaned, they’re reassembled in like-new condition. But looks aren’t everything. The valves have to be tested to ensure they work before they can be installed on a train.

“It’s not about taking it apart and putting it back together, it’s about making sure it will pass,” Crose said.

The valves are attached to either a manual or computerized test rack that simulates the conditions they would be expected to perform under on an in-service train such as regular, service braking or emergency braking.

The manual test racks, used at both KYD and 49th Street, are made up of rows of about 20 angle cocks, or handles, as well as nine pressure gauges. A guidebook outlines when the machinist or carman should pull each switch, and what the pressure gauge should read for a particular valve. One part of the test involves applying soapy water to look for any leaks. This process takes about 40 minutes for each valve.  Shops can complete about three to four of the larger valve rebuilds a week.

Once the valve receives a passing grade it can be put on a shelf or into a kit to wait to be installed on a train. From there, life doesn’t get any more laid back for the air valves. Before and after every run, conductors walk the train to ensure brakes are applied, then released on every car.

“Every day tests are done to ensure the integrity of the air brake and its components to ensure that the unit is functioning properly,” Nix said. “From an originating point, you must have 100 percent braking or that train does not roll.”