In the battle between a steel train wheel and a pile of leaves, the winner is not as clear-cut as it might seem.

Leaves could cause a set of wheels rolling down the rails to slide rather than spin, creating a flat spot that could render the locomotive or railcar inoperable. That’s one of many scenarios that lands a set of wheels on one of Metra’s wheel truing machines to be repaired. Other challenges include fluctuating temperatures, rough crossings and the usual wear and tear from traveling hundreds of miles every day.

With more than 9,000 wheels on its fleet of locomotives and railcars, Metra keeps its truing machines running at least five days a week to ensure a smooth, safe ride for its customers.

“This is the lifeline,” said Doug Wagner, the Shop Superintendent for the Milwaukee District. “If the wheels aren’t in compliance, the car or locomotive is out of service.” 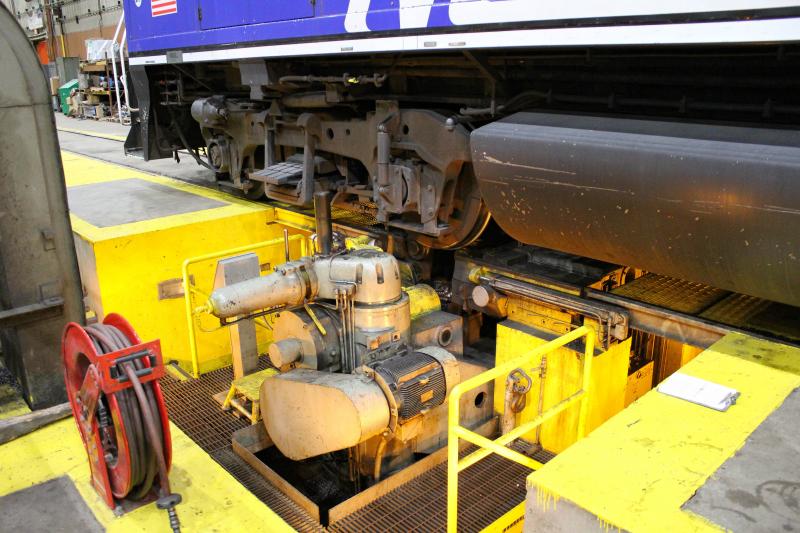 The 20-ton piece of equipment – essentially a milling machine – is mounted in a pit that rolling stock and wheel sets can be positioned over. The machinist aligns the wheel over the cutter and sets the specifications for the thin layer of metal that needs to be shaved off with each revolution. It takes about eight minutes for the wheel to complete one revolution. And it can take anywhere from two to 10 revolutions to correct the wheel defect and smooth out the wheel tread and flange.

Beyond flat spots, defects include shell-outs, a term used to describe when a chunk of steel is missing from the wheel; a high flange, a term used when the inner, raised edge of a wheel exceeds 1.5 inches; and an array of chips, gouges and cracks. Depending of the severity of the defect, the wheel will be placed on Metra’s watch list or pulled from service. 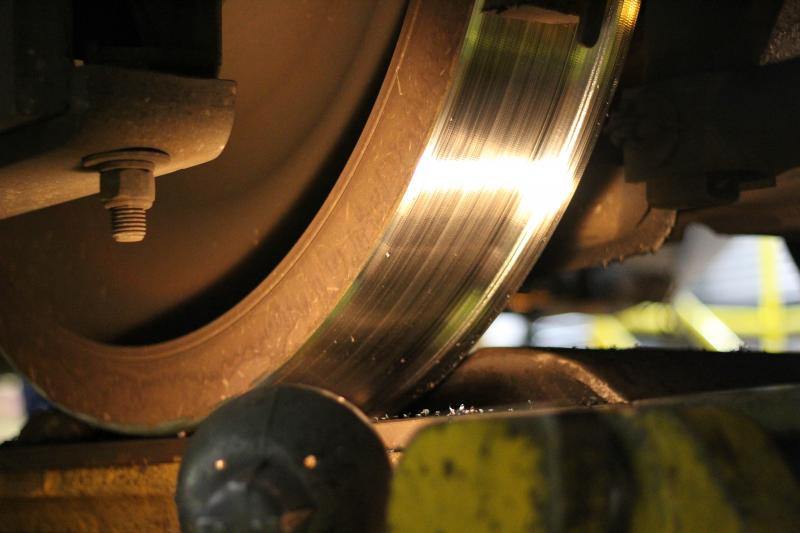 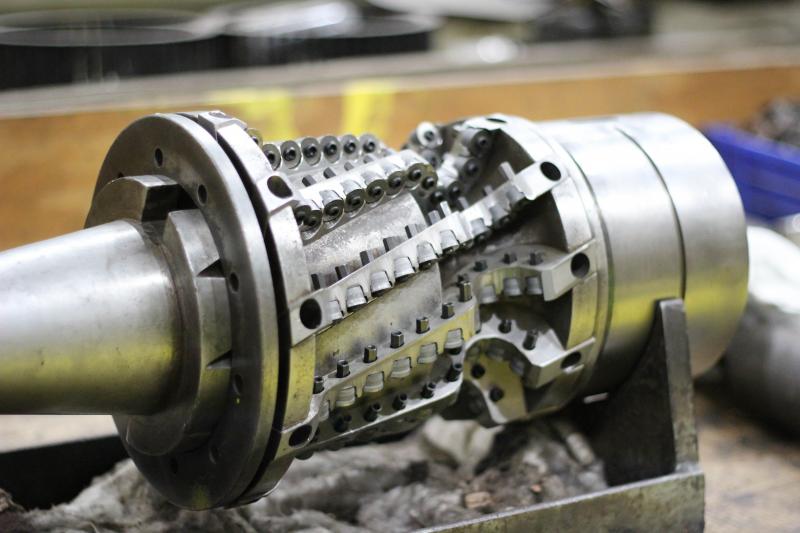 Wheels undergo a daily visual inspection mandated by the Federal Railroad Administration. The FRA also requires wheels on locomotives and railcars be measured on a periodic basis.

“Safety comes first, and the wheel not having a defect is our first priority,” Wagner said.

Once a set of wheels has been pulled from service, the set or the entire locomotive or car it’s on could end up in front of Peter Dubin, a machinist who mans the wheel truing machine at Metra’s Western Avenue Shop. 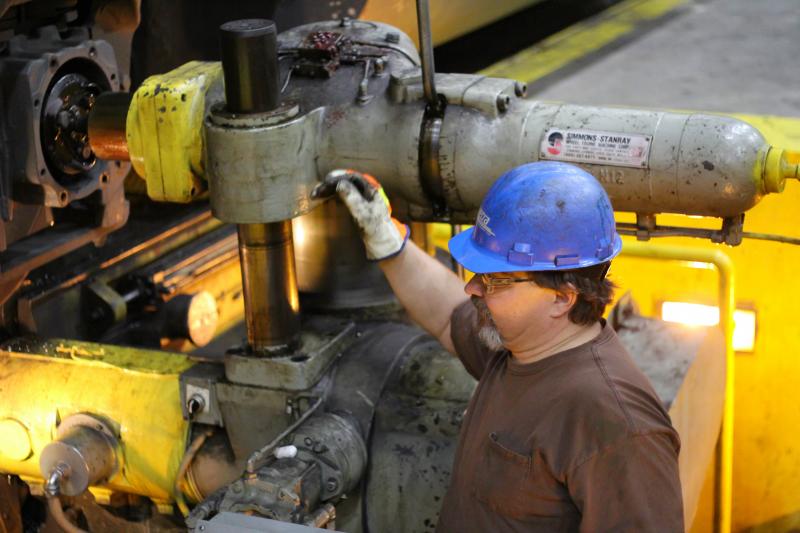 On a recent Tuesday just after the morning rush, Dubin received Locomotive 404 with orders to fix defects on two of the rear wheels in time for the evening rush. The first step is to measure all four sets of wheels. Wheels on the same truck (the frame that hold the wheelsets of a rail vehicle) must measure within a quarter inch of each other when the process is complete; wheels on separate trucks must measure within five-eighths of an inch of each other.

“You keep them close to the same size so they don’t slip on the rails,” Dubin said.

After lining up the wheels with the cutter on the machine, the re-profiling begins. One hundred carbide cutters shave metal from the wheel. The metal chips drop to a conveyer belt below, which sprinkles them into a bin to be recycled with other metal scraps.

On average, a machinist will re-profile four wheels on a locomotive or six on loose sets in an 8-hour shift. That number will vary depending on the severity of the defect. The two defects in front of Dubin on this particular day – amounting to three-sixteenths-of-an-inch of metal – are shaved away in about 30 minutes. That’s three turns of the wheel, including one completed solely to clean the wheel before the locomotive is returned to regular service.

“We should have a nice, smooth wheel after this,” Dubin said, looking at the 11 free-standing sets of wheels waiting in line.