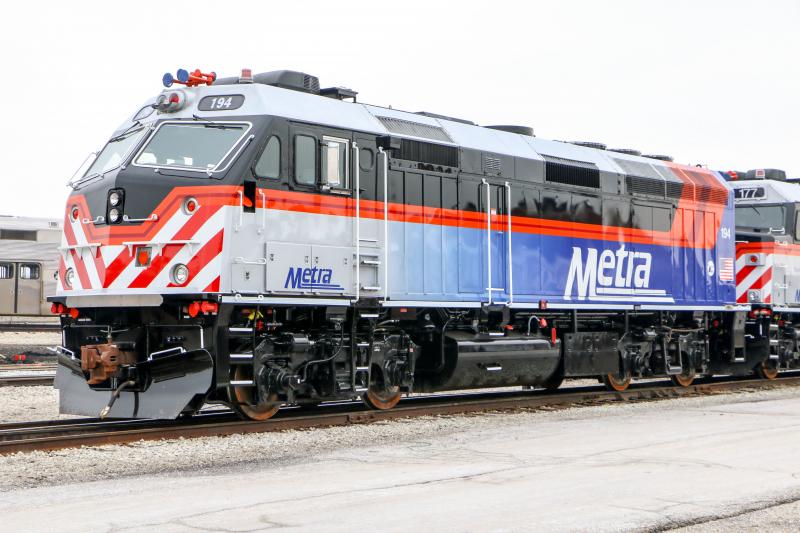 A parade of locomotives rolling from Georgia to Chicago continues.

Earlier this month, Metra received the first of 30 rehabilitated F40PHM-2 locomotives from the Progress Rail plant in Patterson, Ga. Often referred to as Winnebagos due to their resemblance to the popular motorhomes, these F40 locomotives feature a short nose and a more sloped cab, a consequence of new crash standards to improve safety for the engineers. To those who may have spotted Locomotive 194, the first of these F40PHM locomotives to be completely rebuilt, the most notable feature is most likely the new paint job; however, the mechanical overhaul inside the cab makes these locomotives brand new in more ways than one. 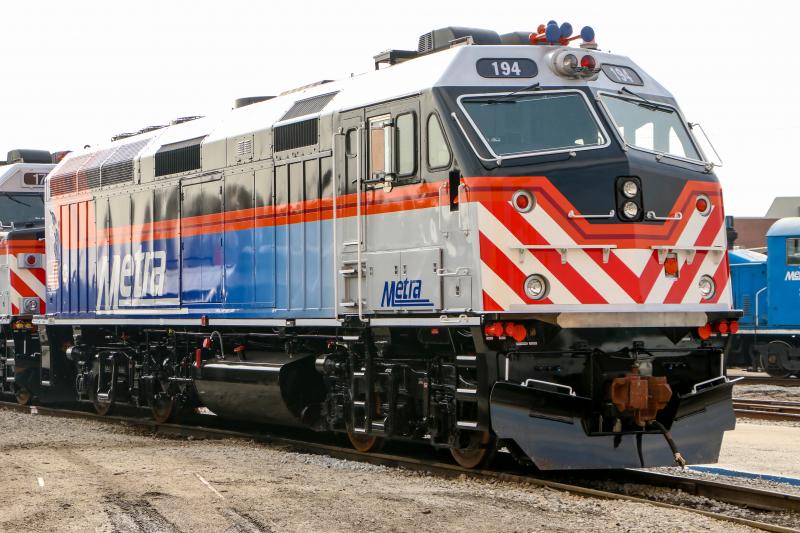 General Motor's Electro-Motive Division (EMD) built the F40PHM locomotives between 1991-92 exclusively for Metra; they were the last locomotives built in EMD’s LaGrange plant before it closed. The rebuilt locomotives, now designated as F40PHM-3s, have the same distinctive cab but entirely new internal systems, extending the life of these locomotives by 10 to 13 years.

“They literally take it down to the frame and remanufacture everything,” said Dan Marinellie, road foreman of engines at Metra. “It’s in essence a brand-new locomotive with a 1991 frame.” 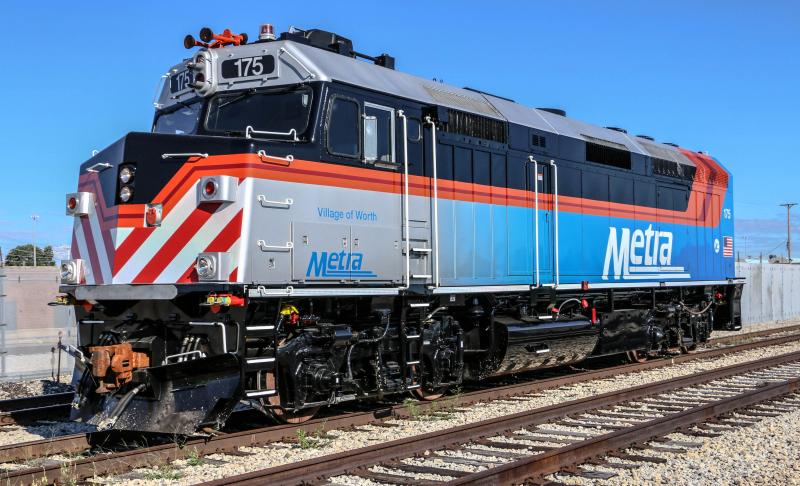 The new paint scheme, first seen on Metra’s three F59PHs, Nos. 97-99, and then adapted for the MP36PH locomotives, was developed by Metra Engineer Kyle Nanfeldt. The new paint scheme will be used in all locomotive rebuild projects, including the F40PH and F40PHM rehabilitations currently underway, as well as on any future locomotive acquisitions.

The Winnebagos are being rebuilt as part of a $91 million remanufacturing contract awarded in 2015 to rebuild 41 EMD F40PH-2 and F40PHM-2 locomotives to “like new” condition. The first of the F40PH-2 locomotives returned to Metra in September 2016.

The improvements are a significant step forward in addressing the issue of Metra’s aging fleet when dollars to do so are scarce. By rebuilding the locomotives, the agency is able to save crucial capital dollars.

“By rehabilitating them we’re paying in the $1-2 million range,” said Marinellie. “A brand-new locomotive from a manufacturer is about $7 million apiece. So, we’re basically getting three for one.”

Most of the rebuilt locomotives will operate along the BNSF Line, while some may end up on the Rock Island Line. Remember, if you want to take photos or video of any locomotives, always do so from a safe, public location.