Michelle Caffero used to feel claustrophobic at her job as the storekeeper of Metra’s Western Avenue Storehouse.

But in the past three years, a dozen 30-foot long aisles of towering shelves have been condensed into a 20-foot tall vertical storage unit that gives Caffero access to more than 49,000 small parts with a few taps on a computer screen. The new system is good not just for Caffero, but for the entire shop and, in turn, Metra’s customers. 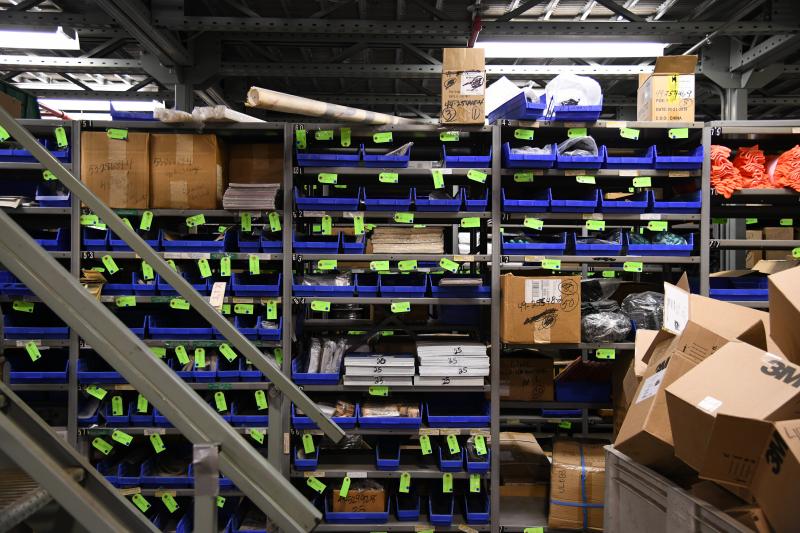 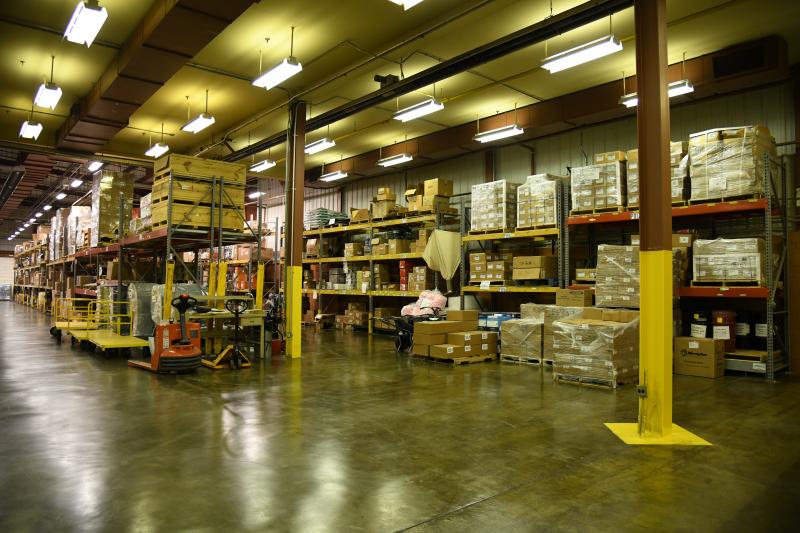 Metra has four vertical storage units and plans to install five more at each of its Mechanical shops. By consolidating storage, Metra is able to streamline operations and better track inventory, ensuring the employees fixing the agency’s railcars and locomotives have safe and easy access to the parts they need.

“We keep the system flowing,” said Director, Materials and Stores Frank Fischer. “If we don’t have one of these parts, the trains stop. With these units, we are able to see what we need, how much and when parts need to be available.” 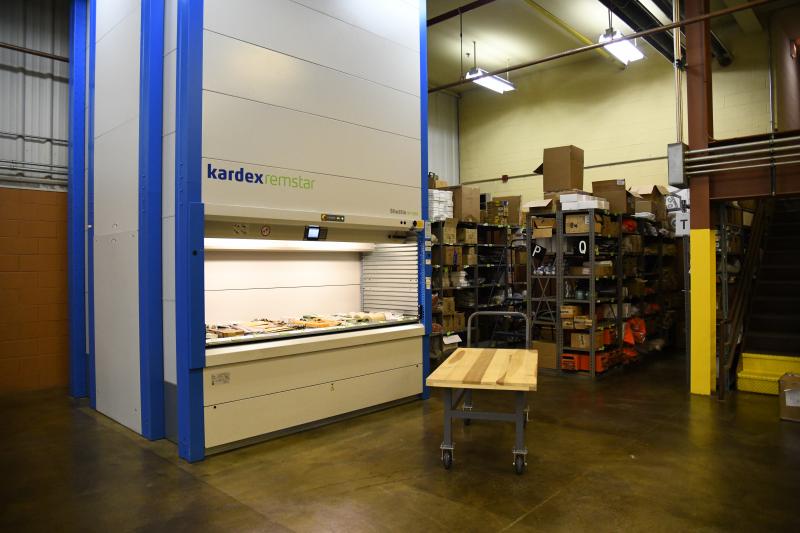 The unit occupies .08 percent of the floor space at the Western Avenue storehouse (about 100 square feet), yet it stores 24 percent of the inventory. The items inside are all smart parts, such as keys, valves, gloves, gaskets and headlights. LED lights inside the machine measure the height of the tallest item on each numbered tray and place it accordingly.

The process of getting parts from one of the machines starts with a requisition submitted online by an employee working in the shop. That requisition gets sent to Caffero or one of her co-workers and indicates the part being sought. If it is a small item, the requisition also includes its location inside the vertical storage unit. Caffero then uses a digital touch screen to select the correct tray, prompting the machine to deliver it. After removing the item, Caffero packages it so it’s ready to be picked up by the employee who ordered it. The entire process can take as little as a few minutes.

The first of the vertical units was installed in 2015 after Fischer and Senior Division Director, General Administration Paul A. Kisielius decided the agency needed to improve its inventory accuracy – it’s now roughly 99.9 percent – while also freeing up wasted space and cutting down on the time it takes to find an item.  Each machine costs roughly $77,000.