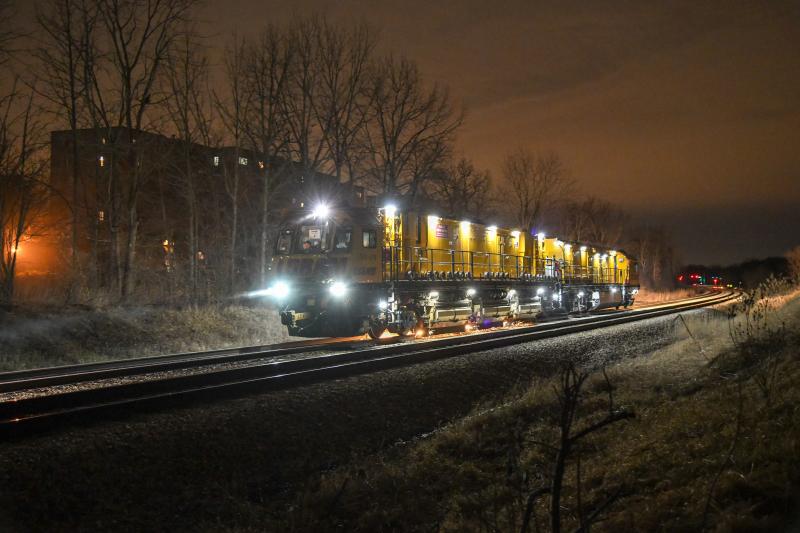 The rain started lightly, a few cold drops plopping onto hard hats and orange reflective vests inconspicuously from the dark skies above. 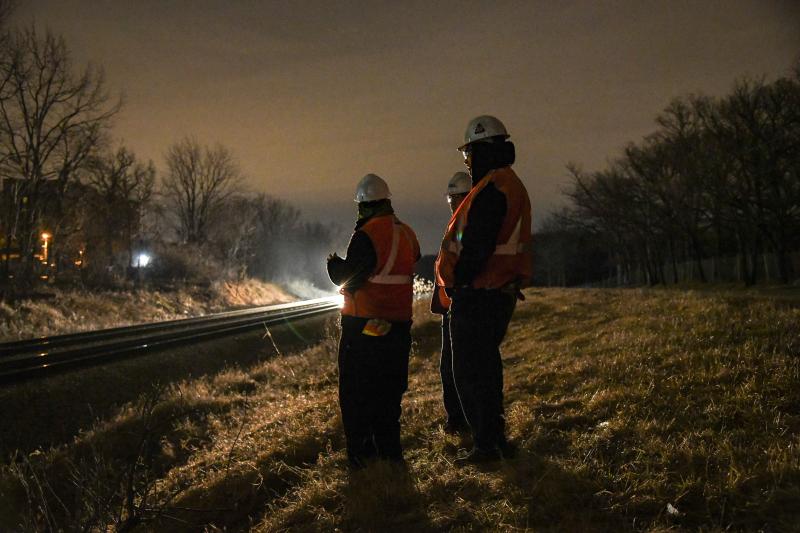 Fallad and two others were standing on top of a bank sloping towards the tracks on a remote bend on the Rock Island Line. They were waiting for a specialized piece of heavy equipment to complete its pass along the tracks.

Jose Jauregui, manager of special track services and welding, spread out his arms and pulled his gaze from the humming machine to the clouds above. Already, the rain was picking up.

“Thank goodness for this rain!” he said. “Rain is good.”

Not all railroaders welcome inclement weather, but when it comes to the engineering crews working with the Loram Rail Grinder, the rain means fewer problems ahead. The rail grinder, a train-sized machine that grinds away surface conditions in the rail that can become defects, inevitably spews sparks as it completes its work. The rain acts as an easy and cost-free solution to any errant sparks that may leap into nearby grasses or brush.

Employing the rail grinder for preventative maintenance is an important part of preserving Metra’s 500 route miles of track and reducing the chance of costly repairs in the future. By renting the equipment from Loram, Metra is able to further reduce costs and allow the agency to customize the equipment as necessary to fit the project and budget.

“Including rail grinding in our routine maintenance work allows us to improve safety and provide a more comfortable ride for our passengers,” Jauregui said.

This work also reduces wear on rolling stock, extends the life of the rail and improves rail traction and fuel efficiency. 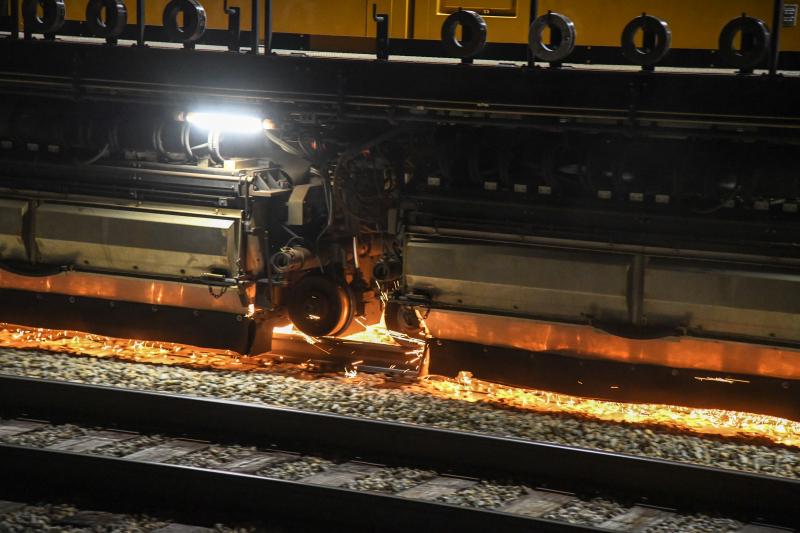 For this project, the Loram Rail Grinder consist included two cars, each 100 feet long. One car was dedicated to grinding the rail and the other contained control equipment and a water tank. The work this spring focused on reprofiling the curves along the Rock Island Line and the entire South Chicago Branch and Blue Island Branch of the Metra Electric Line. Last year, an eight-car consist ground rail along the Milwaukee District North Line, Milwaukee District West Line and the Rock Island Line.

The engineering crews perched on the bank watched the rail grinder perform its work to make sure fires stayed at bay and the whole process was completed without a hitch. Only a few residents passed on a nearby road that night. One can imagine the orange sparks spewing from beneath the rail grinder’s wheels may have been only slightly more captivating to the drivers than the steady, alien-like sound of metallic drilling in the air. 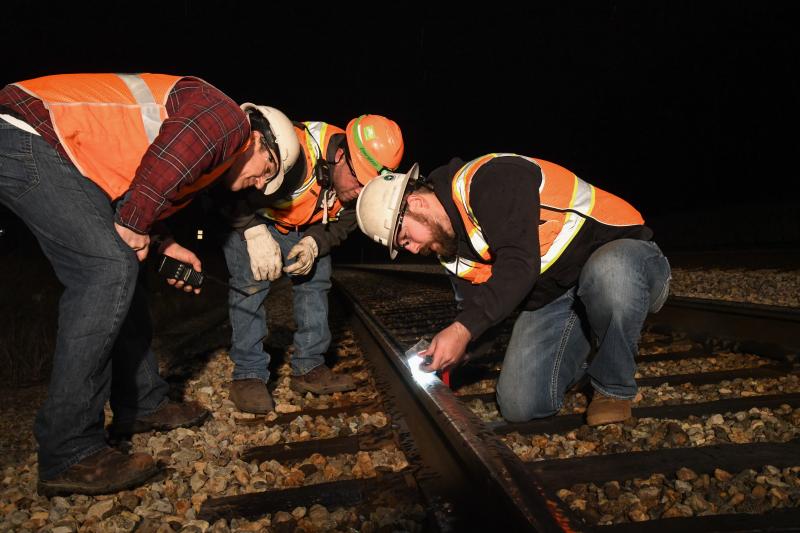 After a few passes over approximately an hour’s time, the rail grinder came to a halt and crew members assembled on the tracks. The newly reprofiled track was inspected and measurements were taken of the rail head with a star gauge, a five-sided device used to measure the curvature of the rail.

The rail looked good. It was time to move on to the next curve.

The entire company boarded the rail grinder, and after sounding the horn it began its steady move at 30 mph towards the next curve. By this time, the rain had turned into a steady downpour, soaking tracks, heavy equipment, railroaders and, most importantly, track-side grasses. Fortune for an issue-free night looked in their favor.

See a video of the Loram Rail Grinder in action below: