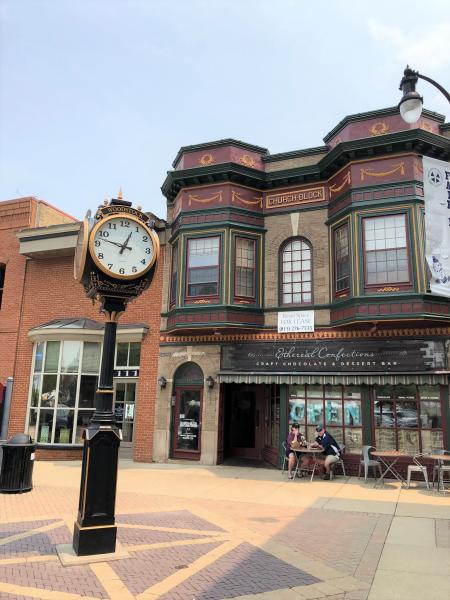 There is something about Woodstock, Illinois, that makes every trip there feel, in the best way, like déjà vu. It’s the same small-town charm, the same storefronts from generations past, the same community-focus that makes each visit feel as comfortable as a well-established routine.

The Union Pacific Northwest Line drops off just north of Woodstock Square, making for an easy walk to the heart of the city where small businesses, art galleries and dining awaits. The Square features a small park crisscrossed with walking paths around which you can find a farmers market on Tuesday and Saturday mornings, May through October. Hugging this quaint green space are rows of historic buildings that invite you to wander down them and stop into whichever piques your fancy. 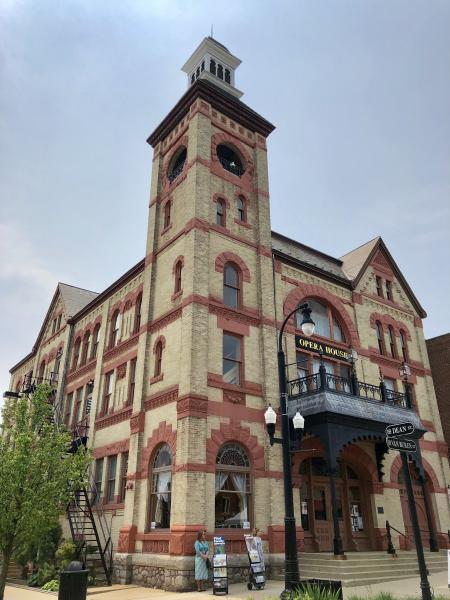 Most notable of these buildings is the Woodstock Opera House, built in 1889, which served both as a theatre and a civic building that housed the city offices, library and jail. Thanks to decades of restoration work started in the 1970s, the stately limestone and terracotta building--one of the oldest continually operating theatres in the country--stands as an icon of the storied past of Woodstock. Within its walls, a young Orson Welles learned the foundations of theatre 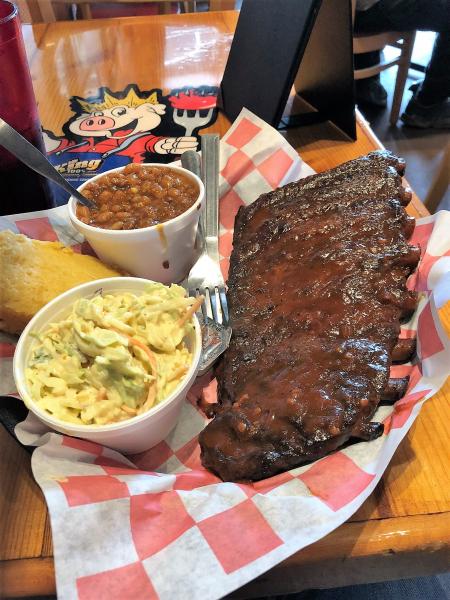 performance, and Paul Newman graced the stage. Though some big names have performed there, the theatre remains a place that embraces art within its community, especially through the work of the Woodstock Fine Arts Association. If you’re unable to see a performance, free tours are provided on the first Saturday of every month.

The nearby courthouse and jail building currently houses the Old Courthouse Arts Center that has gallery hours Thursdays through Sundays. If you’re in the mood for some grub, BBQ King Smokehouse serves up some delicious (and plentiful) dishes of southern-style barbecue. Don’t forget about Ethereal Confections in the southeast corner of the square. The craft chocolate and dessert bar serves up delicious treats 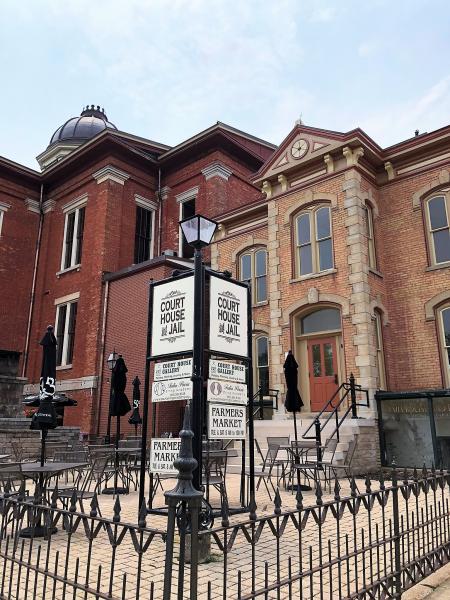 to-go; or, for those with a little more time, there is a bar in the back where you can sample chocolate and beverage pairings.

And let’s not forget: Woodstock holds the honor of being the site where Harold Ramis’ comedy Groundhog Day was filmed. A small plaque denotes Ned's Corner, the classic confrontation in the movie that we sure as heckfire remember, don’t you?

So, when heading to Woodstock, just make sure to watch for that first step. It’s a doozy!