If you’re a passenger on the Milwaukee District North, Milwaukee District West, or North Central Service lines, you may have seen two locomotives sitting in the Western Avenue yard that don’t quite fit in. Beyond their road numbers, 611 and 614, these locomotives have a few features that distinguish them from the rest of Metra’s fleet, including distinctive stainless steel panels on their sides and six-axle trucks. 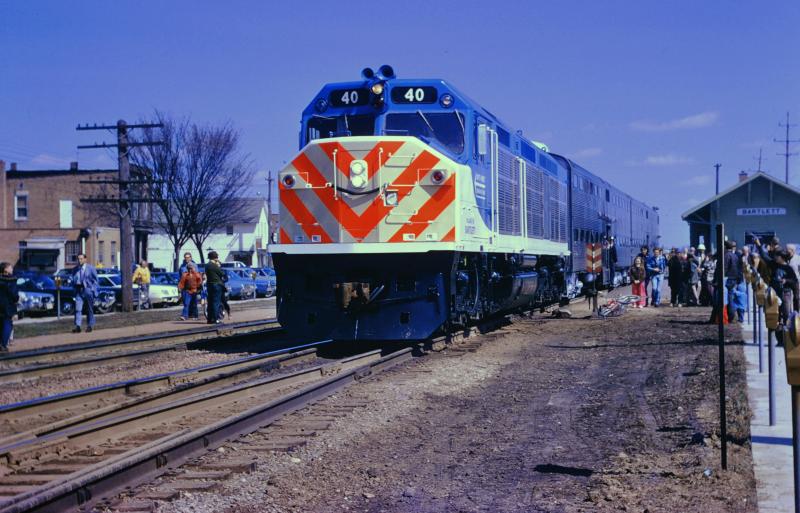 They are F40Cs, a diesel-electric locomotive built by General Motor’s Electro-Motive Division (EMD) for commuter service in Chicago. The first of these locomotives went into service on the Northwest Suburban Mass Transit District on April 6, 1974 and was adorned with a baby blue color and a white and red nose.

The F40Cs were derived from the SDP40F six-axle locomotives built in 1973 and 1974 and purchased by Amtrak. Though the two locomotives are relatively similar, a key difference between the SDP40F and the F40C was the way in which the locomotives heated their railcars. The SDP40F operated with a steam generator for climate control which, approaching the last quarter of the century, had become outdated. Increased interest in a new way to heat passenger cars resulted in the development of head end power (HEP), and the new version of the six-axle locomotive adopted the trend. 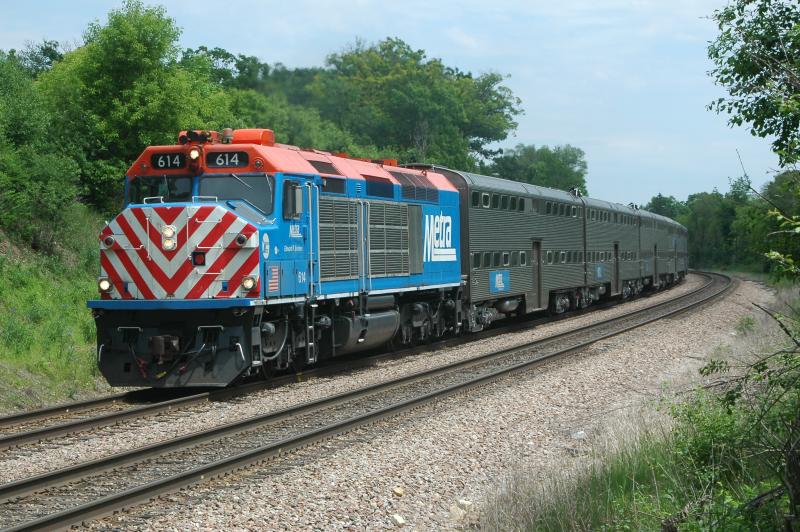 The F40C locomotive is heavier and much longer than its successor, the F40PH. At 364,000 pounds and more than 68-feet long, the F40C is much larger than the F40PH’s 260,000 pounds, 56-foot-long build. The significant size and weight of the F40Cs along with the two additional traction motors necessary for the six-axle

design resulted in a lack of demand for commuter rail needs, particularly for short-distance rail. EMD’s construction of the F40PH put all the same technology of its predecessor into a smaller locomotive, and customer demand followed suit.

In 1984, the F40Cs running on the North/Northwest Suburban Mass Transit districts were passed on to Metra and continued to operate on the two Milwaukee Road lines until 2003 or 2004 with the arrival of the MP36PH-3S locomotives. They returned briefly to the rails from 2009 to 2012 to assist while the oldest F40PH locomotives were being rebuilt, but by then their reliability was becoming an issue.

“For the most part they are intact,” Badurski said. “But they are not reliable enough to run, especially with their outdated electrical system.” 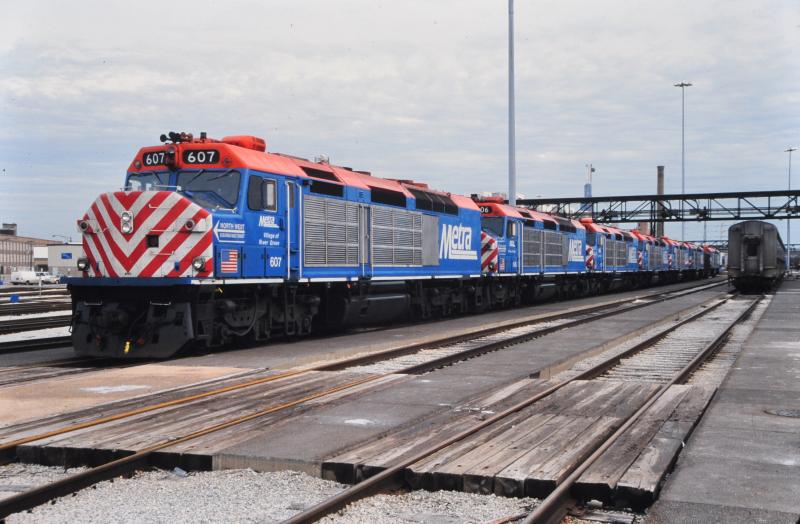 The two F40Cs in our Western Avenue yard are what remain of the fleet of 15 original locomotives. The other locomotives were either sold or scrapped. About five to six years ago Metra intended to have the locomotives sent to bid to upgrade and modernize them. However, for lack of a suitable bidder, this plan fell through.

“The F40Cs would require a complete tear down and that’s a struggle,” Badurski said.

While there is a possibility that the F40Cs may finally see their day in the shop at the tail end of the MP36 rehabilitation project, there are currently no active plans for their restoration. Until then, they will remain at the Western Avenue railyard.

All photos courtesy of Mark Llanuza.