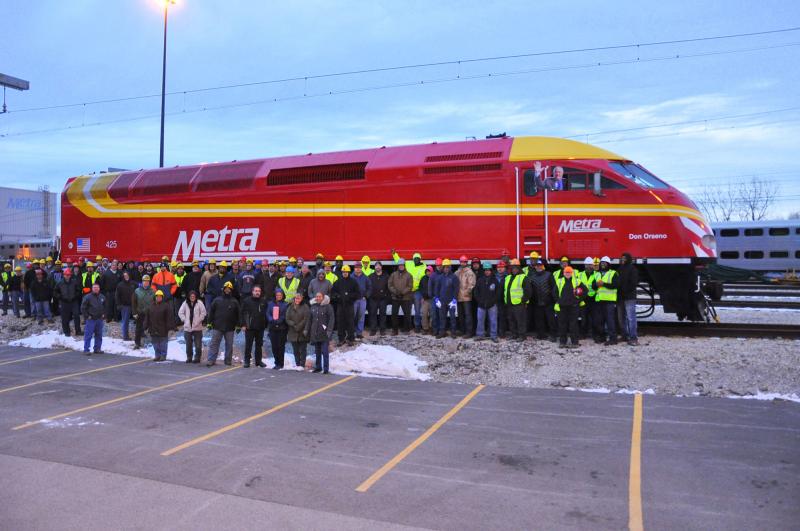 Surprising your outgoing CEO with a locomotive outfitted in a vintage paint job in his honor requires a 12-pack of colored pencils, one expert painter and heaps of discretion.

At least that was the case at Metra. Last month, the agency revealed that Locomotive No. 425 had been painted in the heritage colors of the Chicago, Rock Island and Pacific Railroad, where former CEO Don Orseno started his railroad career nearly 44 years ago. All but nine people at Metra were in the dark about the plan to paint the locomotive in vintage colors.

The secret project started in early August when Jim Derwinksi, who had been selected Orseno’s successor, approached Chief Mechanical Officer Kevin McCann and Senior Director of Mechanical Operations Kevin Clifford with the idea. The locomotive was going to be painted anyway as one of the final stages of Metra’s in-house locomotive rehab program, so changing the paint would not cost any extra money, but it would have a big payoff in terms of bidding Don a fond farewell. 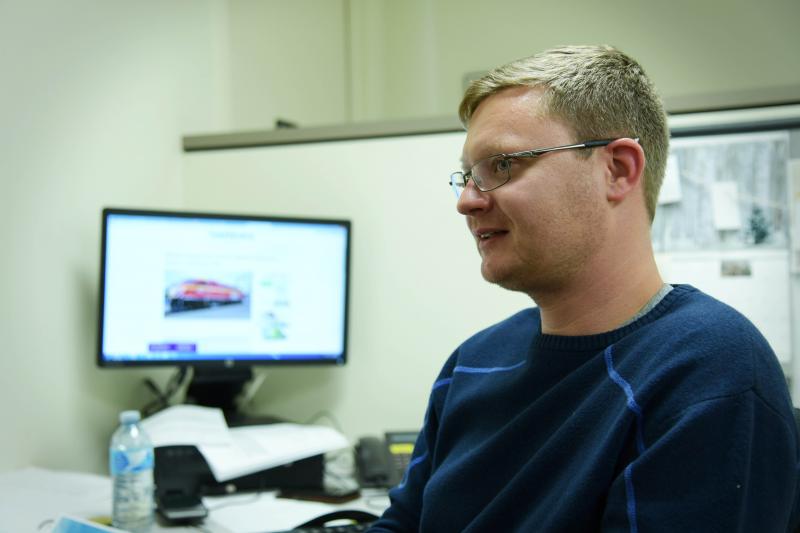 McCann recruited Jason Thomas, a mechanical engineer at Metra, to determine how to interpret the classic paint job on Metra’s more modern locomotive. Thomas first took a photo of a Metra MP36 and imported it into an AutoCAD program, where he removed the color from the locomotive to create a white shell ready to be colored. He returned the next day with two packs of colored pencils (one for him and one for McCann) and they got to work.

One of the next steps was to look at the design elements of Metra’s current paint scheme: the blue to grey fade, the racing stripe down the side, and Metra’s signature candy-cane striped nose.

“That’s something we’ve always had, so we wanted to keep that in the design,” Thomas said. “So we looked at how can we incorporate those into this paint scheme?”

Within two weeks, mechanical employees had three markups, one with a grey top, one with a black top and one with a red top, the latter being the winning design. The design also featured a candy-cane stripe on the nose, a yellow racing stripe with a smaller white line running from the nose to the back of the locomotive, a red body and a decal of Don’s name.

Then came finding the paint colors. The original red and yellow color scheme was designed by Philip Weibler and placed in service on the Rock Island in 1969. Bill Bardurksi, of Metra’s Mechanical Department, reached out to his contacts at EMD, where he used to work, to get the exact specifications for the paint colors. Those were then sent to Metra’s contractor and produced for the secret project. Mechanical Engineer Francis Mascarenhas ordered the Don Orseno decals. 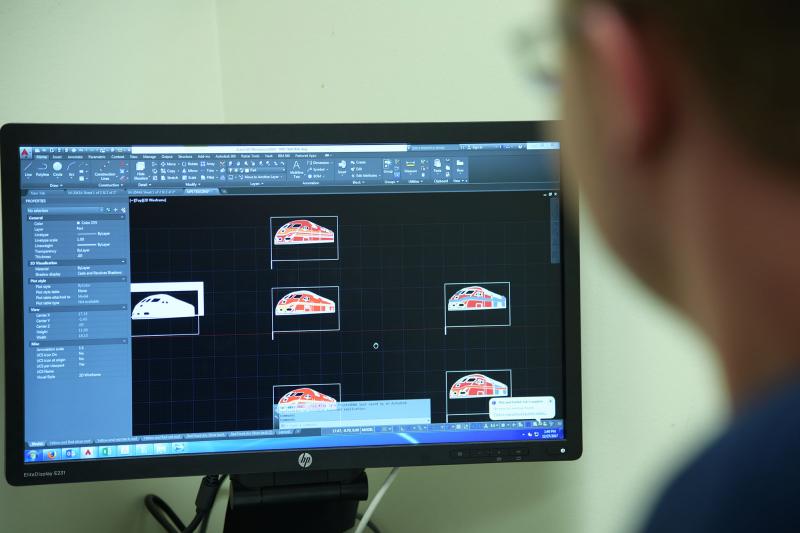 In late November, the locomotive was sent from the rehab program at Metra’s 47th Street shop to Metra’s Kensington Yard (KYD) to be painted, bringing KYD Superintendent Rich Keating and Metra Electric District Division Director Frank Rojas in on the secret.

Metra Carman Paul Jurlow, a painter with years of experience working on one of Metra’s previous in-house rehab programs, was enlisted to lead the paint crew as part of a training exercise. Locomotive No. 425 was their second job. With Jurlow’s expertise on hand, the crew completed in a little more than two weeks a paint job that normally would have taken five.

So how did this entire process remain a secret among a mere nine employees from August to December?

Thomas said every time someone walked by his cubicle he switched to another computer program or shuffled some papers around to guard the design. At KYD, high security locks were placed on the doors and paper was duct taped to the windows to prevent anyone from getting a peak. Even the paint crew didn’t know the truth; painters were told the design was an advertisement.

The big reveal came at the Metra Board of Directors meeting on Dec. 13. Shocked, Don thought he was looking at a Photoshopped image or that the locomotive had been covered in a wrap. He got to see the paint job up close and personal on Dec. 21, the last day of his railroad career. Don has remained qualified as a locomotive engineer since starting at the Rock in 1974, and he put that qualification to use one last time, manning the controls of Locomotive No. 425 as it made its scheduled run from LaSalle Street to New Lenox.