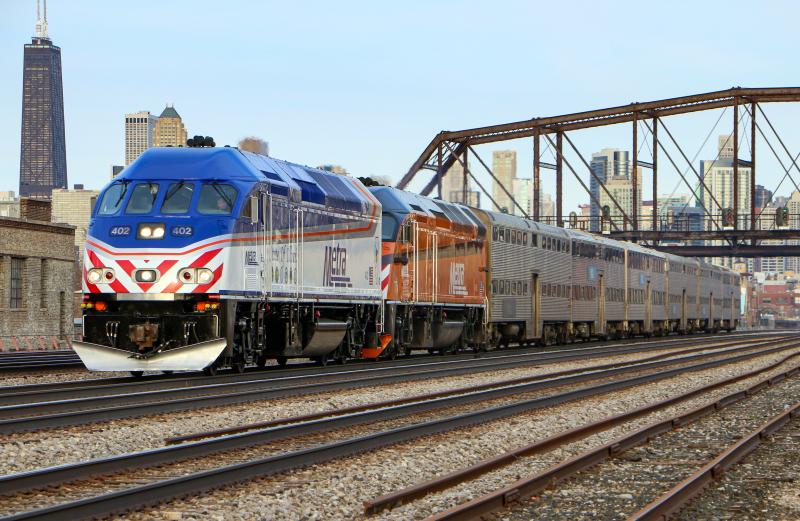 Locomotive 402’s journey through Metra’s in-house rehab program could be described as fate.

The MP36-3S locomotive, which bore the name the State of Illinois, was slated to undergo a midlife rehab when the lawmakers in Springfield passed the state’s first capital bill in more than a decade. But as it emerged with a radiant paint job commemorating the historic collaboration, the coronavirus had forced Illinoisans into their homes under Gov. J.B. Pritzker’s stay-at-home order to stop the virus from spreading.

“No one imagined when we were planning to redesign Locomotive 402 last year that the state, and the world, would be in such an uncertain position when it made its debut,” said Metra CEO/Executive Director Jim Derwinski. “But seeing it now, I hope it can serve as a reminder to the people of Illinois that we will get through this together, even when protecting our health and safety means we must stay apart.” 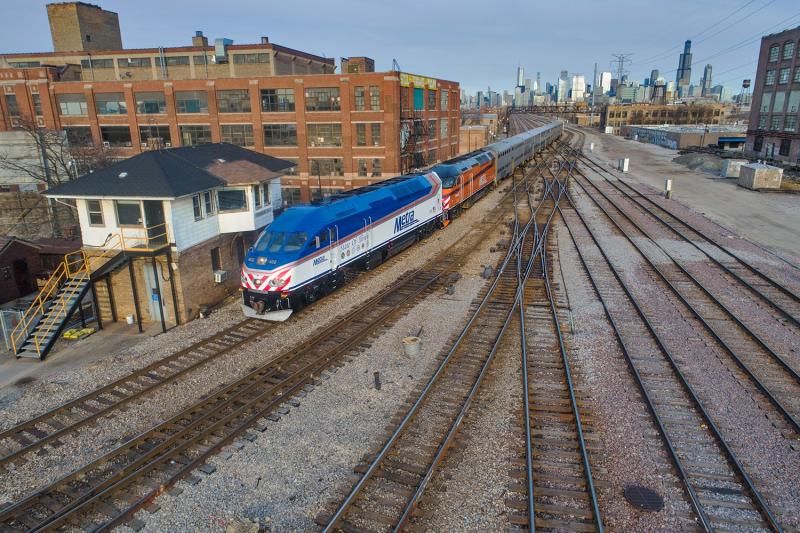 All locomotives receive a fresh paint job as part of the rehab program based out of Metra’s 47th Street Shop. Like Metra’s other 400 series locomotives, 402 featured the standard grey to blue fade with an orange and red stripe. It would have received the same paint job, but Derwinski approached Metra’s mechanical team in August with the idea to give it a more dramatic transformation.

“Our elected officials showed us by passing the capital bill that they believe in the critical role Metra plays in the Illinois economy and environment,” Derwinski said. “It seemed only fitting that we redesign the State of Illinois locomotive to illustrate not only our gratitude, but the collaboration that took place across Metra’s six-county service region and the state to improve the lives of Illinois residents who rely upon public transportation every day.”

The state of Illinois flag served as the point of departure for the design. But because the state flag consists only of the state seal on a white background, Mechanical Engineer Jason Thomas had to search for other design elements to adorn an entire locomotive.

He considered the state’s nickname (the Prairie State), its official bird (the cardinal) and the official insect (the monarch butterfly), but then turned to the centennial flag. The flag was designed by Wallace Rice, who also designed the Chicago flag, to mark Illinois’ 100 years of statehood in 1918. It features three alternating bands of white and blue with 10 blue stars on the left side of the top white band and 10 on the lower white band, with a single white star in the blue stripe to symbolize Illinois. The locomotive designs inspired by Rice’s flag included a Metra blue racing stripe with 21 white stars to symbolize Illinois being the 21st state.

“With the stars, it started to look a little Captain America-like, so we needed to tweak it,” Thomas said. “With this locomotive, we knew we wanted it to say something about the six-county region, so that’s where the county seals came in.”

Thomas contacted Cook, DuPage, Kane, Lake, McHenry and Will counties to get their seals, which were then turned into vinyl decals that line the front half of the locomotive. Above them sits the locomotive’s name. Instead of the traditional Helvetica, it is written in Monotype Corsiva™. The remainder of the locomotive’s decals include the large Metra logo, an American flag, the number 402, and the RTA logo. A state of Illinois decal lined with a one-inch border of Metra blue and with the state seal in the center completes the slate of decals. 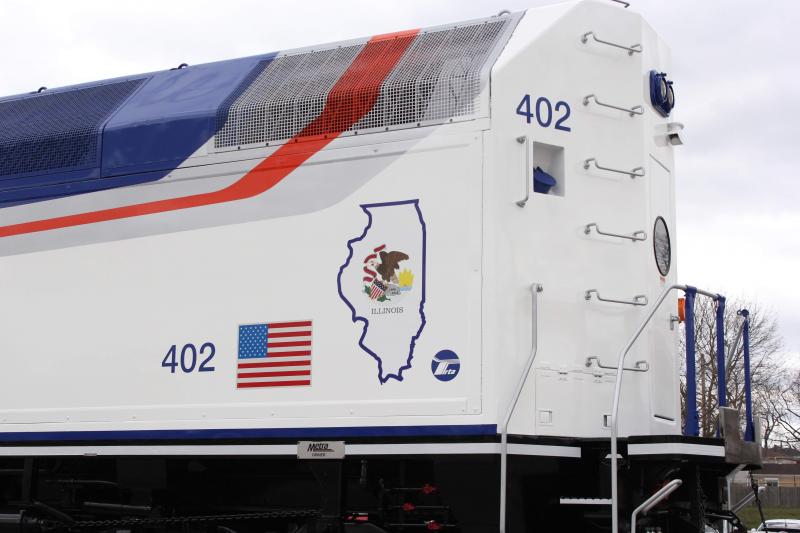 sign originally called for the locomotive roof to be blue, with a band of silver below that had a blue stripe running through it. That was until Paul Jurlow, who leads the painting team at Metra’s KYD facility, got involved.

“I said, ‘well I think it would look better orange instead of blue because there are a lot of blue in the decals.’ See, they’re picturing it without the decals,” Jurlow said.  “I thought ‘we need something with a little pop to it.’”

Jurlow is also responsible for the silver bells on the locomotive’s undercarriage. Locomotives painted at KYD now receive gold-painted bells to pay homage to those on old steam locomotives. He opted for silver to match the paint scheme of the 402. 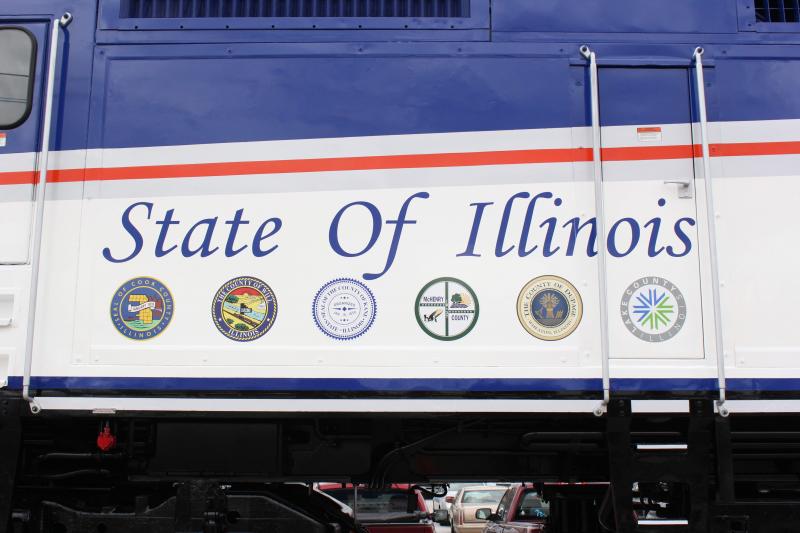 It took a crew of four to five painters about 12 days to complete. The locomotive came out of the paint booth on March 30, and went into service the following day. It will run on Metra’s Milwaukee District lines.