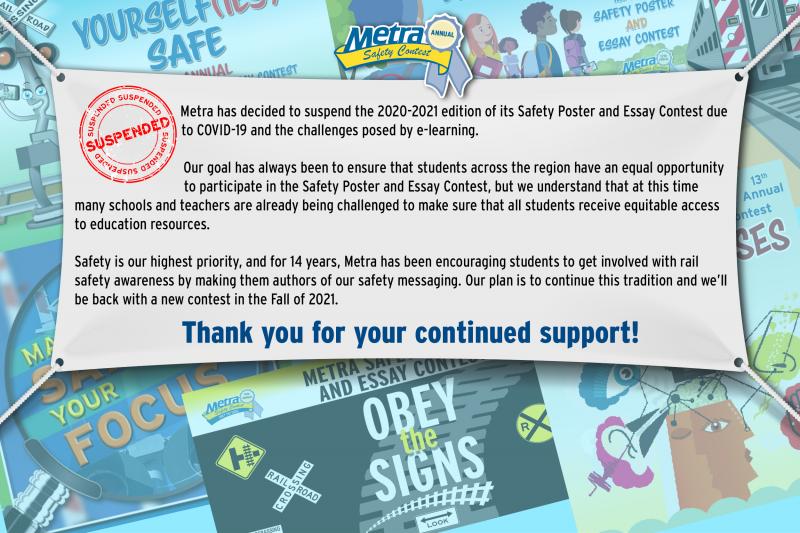 For the last 14 years, Metra asked the region's students to illustrate through posters or essays the importance of safe behaviors near railroad tracks and rail crossings. The theme for the 2019-2020 school year: “Obey the Signs" emphasized the importance of looking for and obeying signs and control devices that are installed along the railroad tracks and at rail crossings.

The contest was open to all students in grades K through 12 living or attending school in Metra’s six-county service area: Cook, DuPage, Kane, Lake, McHenry and Will.

The winning designs can be found below and will be featured in Metra’s 2021 safety calendar, website, station displays and on weekend passes.

Students were also encouraged to enter the Metra Safety Essay Contest. Contest participants are asked to describe in 300 words or less why it's important to “Obey the Signs" when near trains and railroad tracks. A first place prize was awarded in each of the essay contest's three divisions: Grades K-4, 5-8 and 9-12 with each winner receiving an iPad.

Metra wants as many students as possible to participate and be exposed to rail safety information and encourage schools to make rail safety a school-wide project. Metra recognized the school that submitted the most entries in the 2019-2020 Safety Poster Contest by awarding it a new computer compatible with the school’s current system. 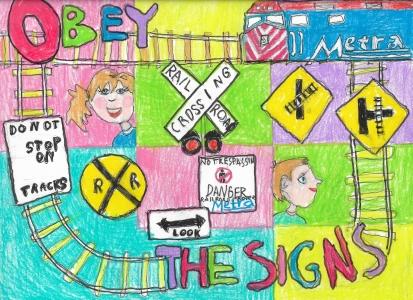 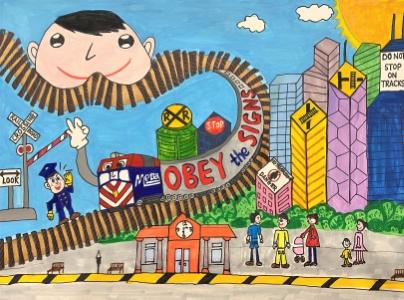 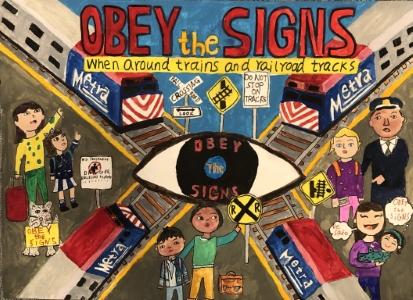 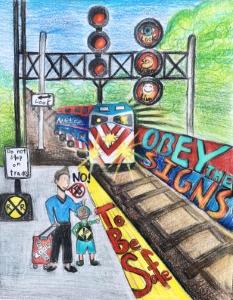 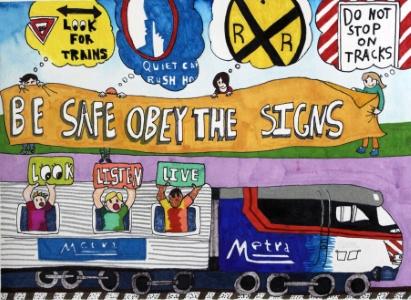 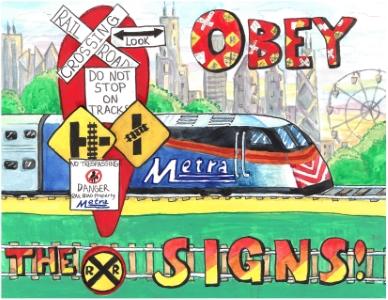 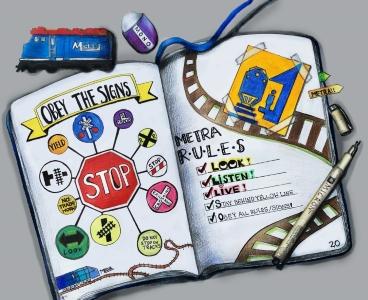 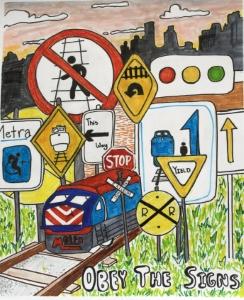 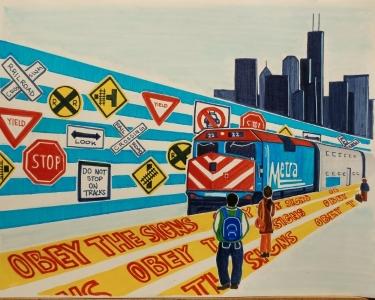 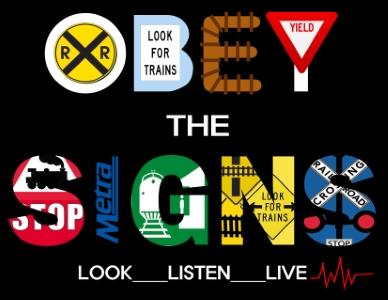 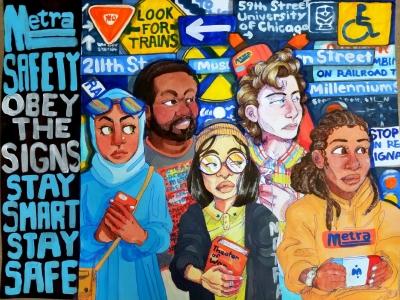 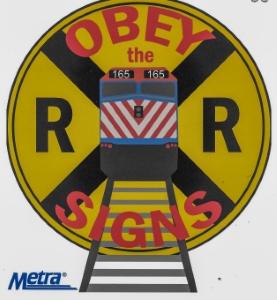 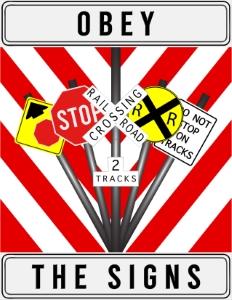