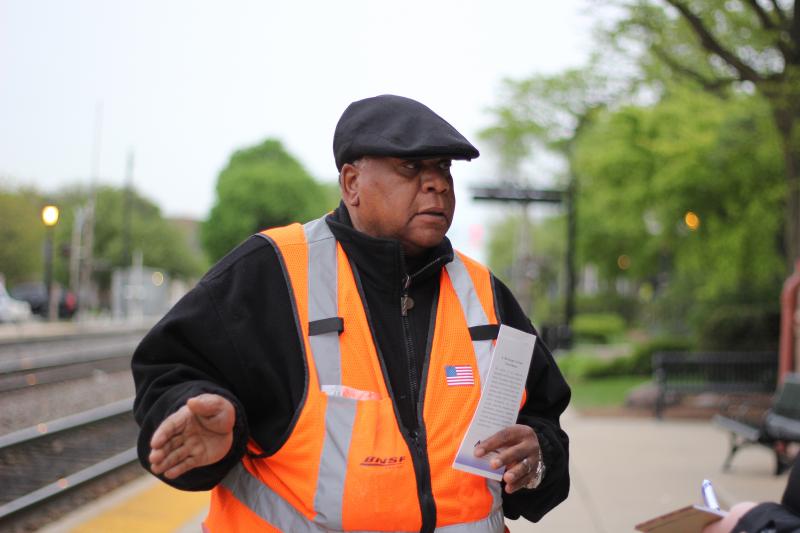 So you probably feel like you don’t need to pay much attention to the train and railroad crossings during your morning hustle. That couldn’t be further from the truth, according to Metra’s Public Safety Coordinator, Larry Green.

“You still need to be cognizant of trains,” Green said. “It’s important that people pay attention. Put the phone down, take the earbuds out and pay attention.”

Green recently spread this message to BNSF commuters at the Hinsdale Station during an Operation Lifesaver Safety Blitz. He handed out pamphlets that stress railroad crossing safety, pens and keychain flashlights to some of the nearly 1,000 commuters who board there during the morning rush. 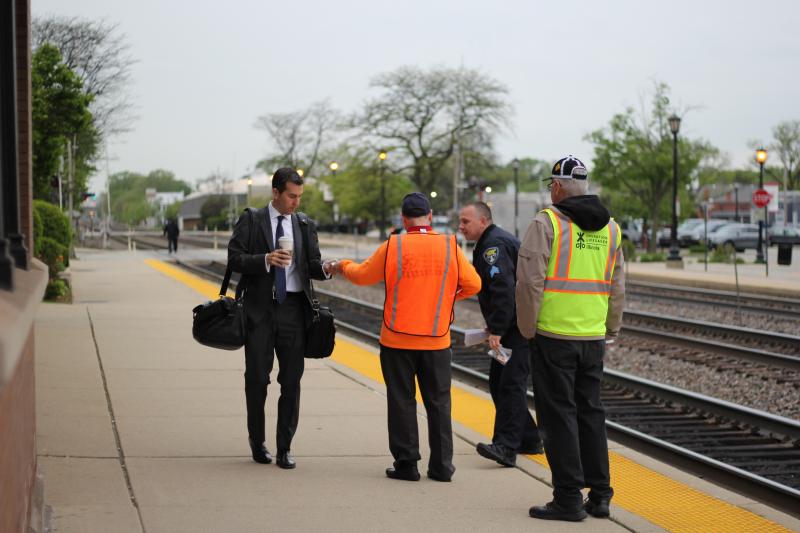 In 2017, Metra will complete 51 Operation Lifesaver Safety Blitzes at stations throughout the six-county service area. Employees from Metra’s Safety Department, as well as officials from Operation Lifesaver, the Federal Railroad Administration and local police and fire departments work together to promote safe behavior around trains and railroad tracks.

Educators stress the importance of remaining vigilant. The pamphlets offer reminders that a passenger train traveling 79 mph can take a mile or more to come to a complete stop. That being the case, it’s important to stand behind the yellow line, obey crossing warning signals and refrain from crossing the tracks immediately after your train passes, as another one might be near. 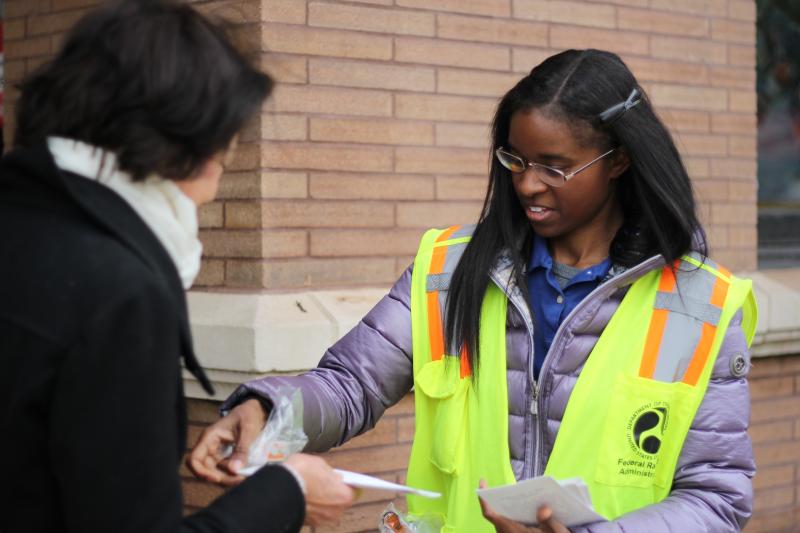 During the May 4 event in Hinsdale, Operation Lifesaver Board Member Dave Phillips said he, like Green, wished commuters would be less distracted on their way to the train.

Green and his peers hope to reduce those numbers through educational events such as safety blitzes and school presentations. Metra safety officials also partner with local emergency responders, who are often the first ones on scene when a tragedy occurs. 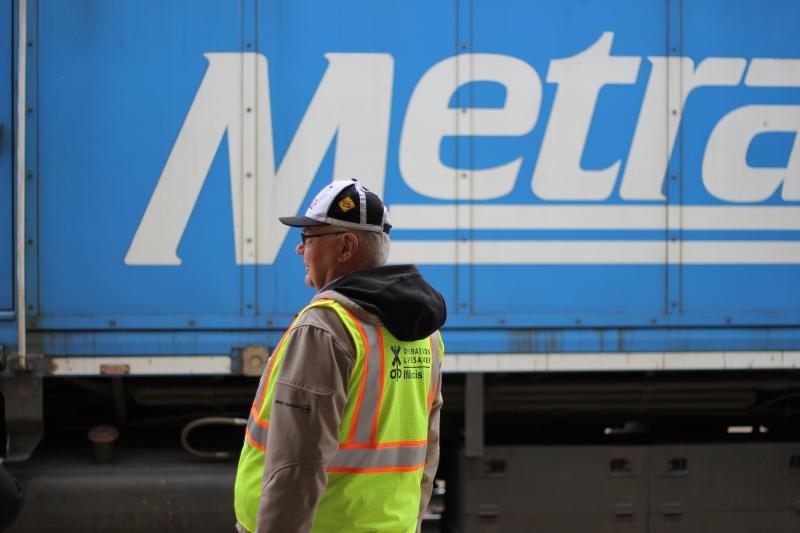 “We have several railroad crossings in Hinsdale,” Hinsdale Deputy Police Chief Erik Bernholdt said. “It’s always important to give residents, pedestrians and motorists a reminder about safety around the railroad tracks.”

“We all want to make it home safely,” Green said. “That’s the goal.”

To learn more about the safety efforts at Metra, visit here.