Mr. Carlson spent 34 years with Arthur Andersen Co. being appointed as the North American Rail Industry Head in 1985 and the Worldwide Managing Partner of the Transportation Practice in 1990. He served in that capacity until exercising the early retirement option in 2000. In 2000 he formed Carlson Consulting International serving as a short-term executive in challenging situations including being the non-executive chairman of the board of RailWorks during its successful bankruptcy reorganization.

Mr. Carlson is active in supporting Catholic Charities with a focus on veterans programs, a member of the Business Advisory Committee to the Transportation Center at Northwestern University, moderator of the monthly railroad discussion group at Northwestern, pro bono advisor to the City of Lake Forest on transportation matters, and managing editor of a publication on the history and current operations of rail passenger service in Chicago.

Mr. Carlson is a graduate of the University of Illinois with a BS of Accountancy degree and is a certified public accountant. He served as a U. S. Army Infantry officer in Vietnam and was awarded the Bronze Star for meritorious service. 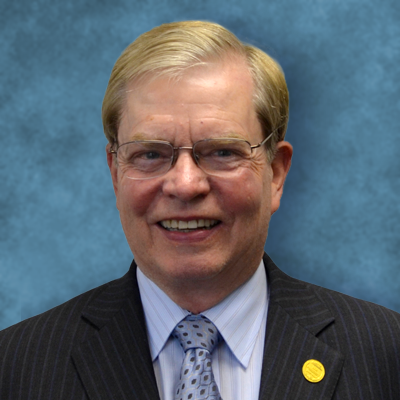