Mr. Plante is a former member of the Metra Board of Directors (2013-2020) who now serves on the Citizen Advisory Board. He retired from the Chicago Transit Authority in 2013 after 35 years at the agency. He began his tenure as a trial attorney, and then moved to trial supervision and then Managing Attorney. He created and managed the CTA’s first in-house major litigation team.

Mr. Plante’s next assignment was Managing Attorney of the Claims Department, which involved management of the in-house claims staff and all pre-litigation claims both against the CTA and those made by the CTA for losses it suffered. From this position, Mr. Plante moved to Managing Attorney of Risk Management, which entailed the identification, management and control of all types of risks. Following the events of Sept. 11, 2001, Mr. Plante’s activities became focused on external risks. As this area began to dominate his work activity, it was a natural move to his next position, Senior Manager of Emergency Preparedness, the position he held upon his retirement.

On the Metra Board, Mr. Plante was a strong safety advocate who served as the Board Treasurer and chaired the Board's Safety Committee.

He lives in Wilmette. 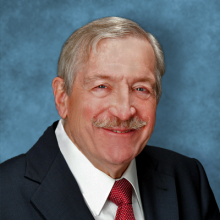